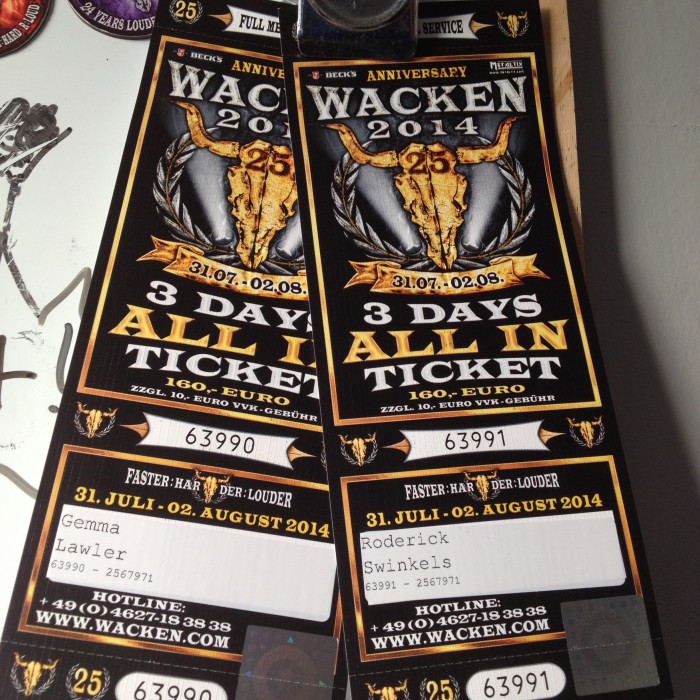 After what can only be described as the most soul destroying few months thinking I’d have to miss Wacken when it sold out right after the ’13 fest, I managed to get my hands on two tickets in the recent re-draw and they arrived this morning, and I’ve also just heard that Amie has received hers today! Wacken Open Air is the ultimate international heavy metal festival, and though you can no longer buy tickets (unless they announce another draw!) you can find out more about the festival and the AWESOME line-up here.