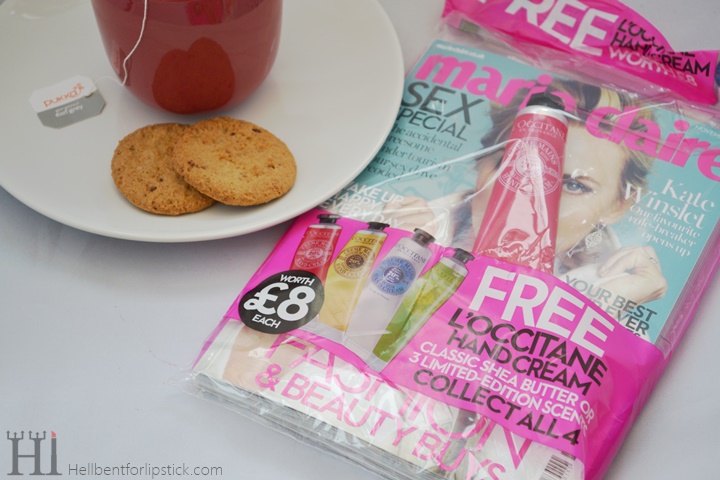 It’s delicious freebie time and this month you can pick up a free L’Occitane Hand Cream with any copy of Marie Claire. If you’ve not tried any of their hand creams, now is probably the time. They are absolutely gorgeous and leave hands feeling wonderfully soft without the sticky residue of most creams.

This month there will be four to choose from, classic Shea Butter and the limited edition scents: Vanilla Bouquet, Delightful Rose and Zesty Lime each worth an amazing £8. I’ve so far managed to find Vanilla and Rose and after testing our the Zesty Lime, I’m definitely going to be on the hunt for it!

Make sure you keep an eye out for them in your local supermarkets, corner shops and newsagents!

Have you picked any of these up yet? If so, let us know what you think in the comments below.

Totally hellbent for free L’Occitane any day of the week 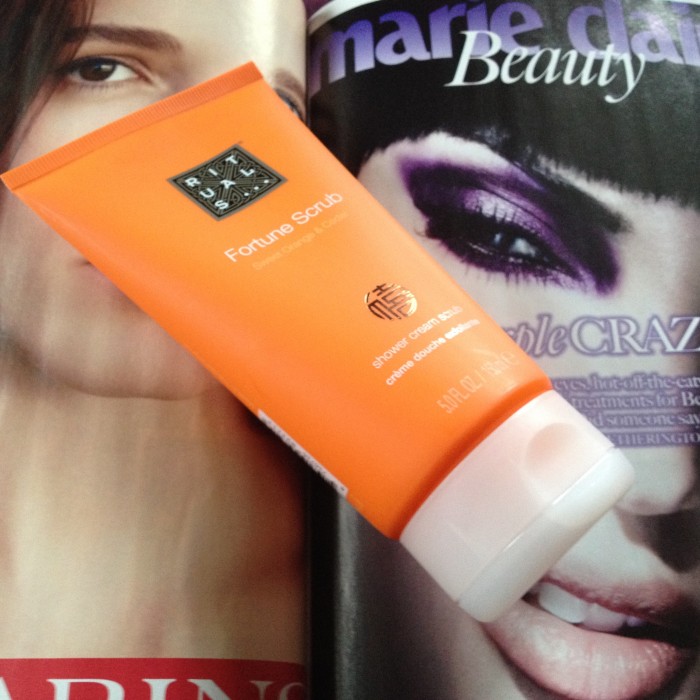 Despite our recent falling out with some of Marie Claires ideals (which you can read about in Amie’s amazing post here) I couldn’t resist picking up this month’s offerings as you get a full sized Rituals body scrub worth £10!

The Rituals Fortune Scrub freebie only comes in one scent – sweet orange and cedar – and it is delicious! A perfect early morning scrub that left my skin feeling amazingly smooth, well worth giving a try!

Marie Claire is £3.90 and available at most newsagents.

Totally hellbent for an amazing freebie! 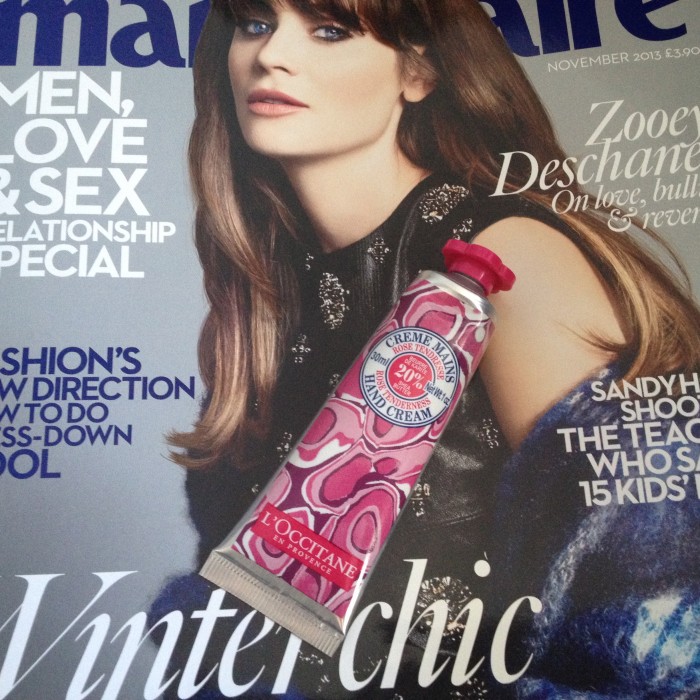 I did a little squee when I took a look at this month’s magazine freebies. L’Occitane hand creams are my absolute favourite and there were three limited edition fragrances on offer (and the original dry skin hand cream which is the best hand cream ever!)

I went for the “rose tenderness”, but I will keep my eye out for the other two limited options “subtle violet” and “jasmine passion”

They really are the most amazing hand creams, and you get a lot of hydration from only a tiny amount without leaving your hands feeling greasy.

RRP is around £8.00 for 30ml so even if you don’t want to read Marie Clarie you’re getting the hand cream for less than half price at £3.90.

I also discovered three samples inside the magazine if you want a bit more bang for your pennies; Totally hellbent for my favourite brands as freebies!