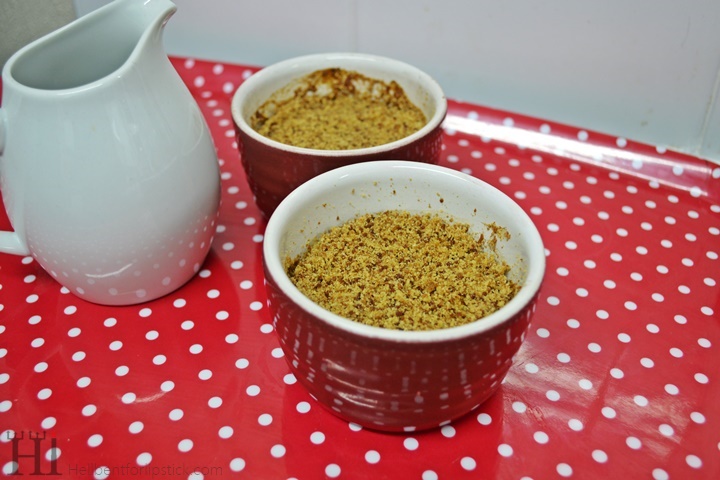 Whoever believes that Vegan’s eat nothing but “rabbit food” and lead strict healthy diets are wrong, as are those who believe we miss out on all the good stuff. One of my most favourite Winter-esque deserts is a crumble – primarily made with lot’s of sugar and margarine, but with one teeny tiny switch, you won’t even notice the difference and will have probably helped to save a cow somewhere along the line.

My vegan crumble recipe also features not one but two ingredients which I discovered through The Vegan Kind Lifestyle box and it’s a great way to get started if you want to open up your mind to other cruelty free products, stay on the Veganuary band wagon and continue into February, or just love snacking on amazing treats! This is definitely one of the easiest recipes to make and it serves two. You can easily double up the ingredients as required to make more though and if you remember that you use double the quantity of flour to your fat and sugar, then you’ll probably need never look for a crumble recipe ever again. Start by pre-heating your oven to roughly Gas Mark 5/6 or 190/200 degrees. If you are using a fruit puree, you can simply squeeze this between your two ramekins or oven proof dishe(s), add a teaspoon of Cinnamon to each and mix well. If you are using fresh fruit, I tend to boil this with a little water and a teaspoon of sugar until it’s soft and sticky. Once it’s softened, share it between your ramekins. Add your flour, vegan margarine and sugar to a blender and turn it on. If you don’t have a food processor then all you need is a bowl and a little bit of elbow grease. (I made all my cakes and puddings by hand mixing prior to the arrival of my new food processor last Christmas). Divide your crumble mix between your two ramekins and pop into the oven on the middle shelf for 15-20 minutes or until golden brown on top. Serve with some yummy vegan custard, vegan cream or on their own. Delicious!

Are there any puddings you love to make and eat during Winter? I’d love to hear them in the comments below.

Totally hellbent for not missing out on anything ever 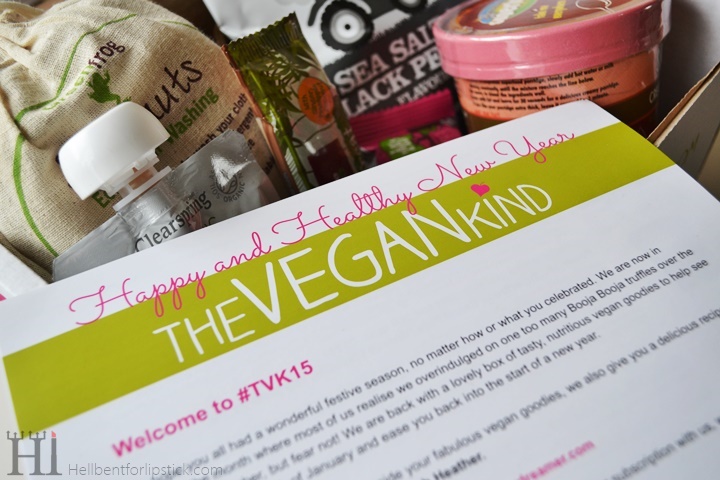